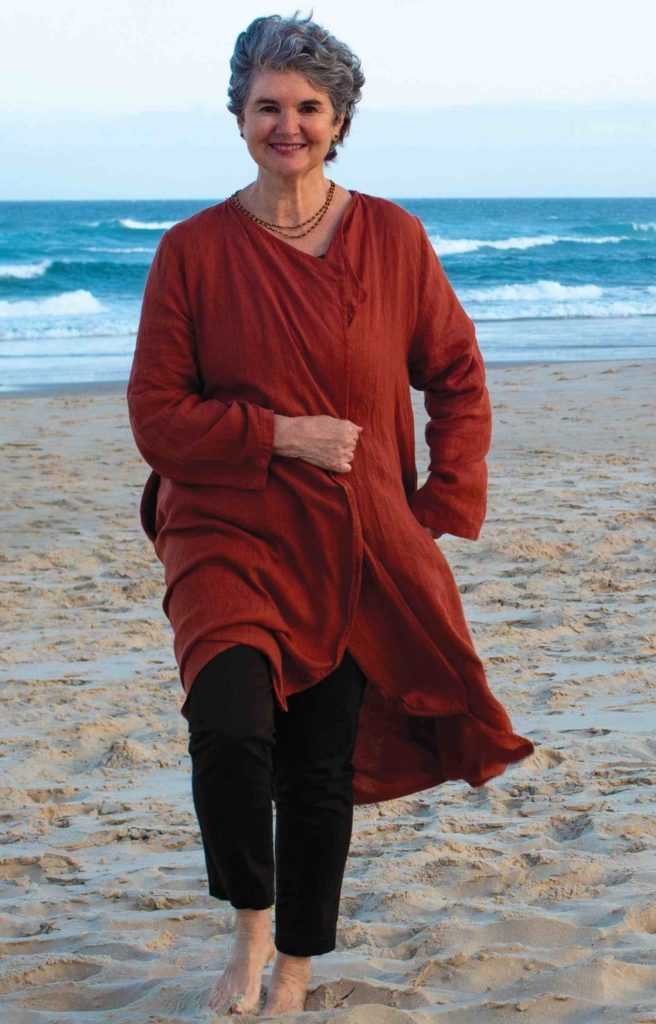 Catherine Ingram is an international dharma teacher with communities in the U.S., and Europe. Since 1992 she has led Dharma Dialogues, which are public events that encourage the intelligent use of awareness within one’s personal life and in one’s community. Catherine also leads numerous silent retreats each year in conjunction with Dharma Dialogues. She is president of Living Dharma, an educational non-profit organization founded in 1995.

Catherine has been the subject of numerous print, television, and radio interviews and is included in several anthologies about teachers in the West.

A former journalist specializing in issues of consciousness and activism, Catherine is the author of two books of nonfiction, which are published in numerous languages: In the Footsteps of Gandhi: Conversations with Spiritual/Social Activists (Parallax Press, 1990) and Passionate Presence: Seven Qualities of Awakened Awareness (Penguin Putnam, 2003); and one novel, A Crack in Everything (Diamond Books, 2006). In February 2019, Catherine published the long-form essay “Facing Extinction” as a free link, an essay she updates every month as new data emerges about the crises we face.

Over a fifteen-year period beginning in 1982, Catherine published approximately 100 articles on empathic activism and served on the editorial staffs of New Age Journal, East West Journal, and Yoga Journal. For four years she also wrote the Life Advice column for Alternatives Magazine based in Oregon.

Since 1976, Catherine has helped organize and direct institutions dedicated to meditation and self-inquiry and, more recently, human and animal rights. She is a co-founder of Insight Meditation Society in Barre, Massachusetts (1976). She also co-founded the Unrepresented Nations and Peoples Organization (UNPO) in The Hague, Netherlands (1991) and is a member of the Committee of 100 for Tibet. For six years (1988-1994), Catherine also served as a board director for The Burma Project, dedicated to raising international awareness about the struggle for democracy in Burma. She is currently serving on the board of Global Animal Foundation, which works on behalf of the world’s animals.